Three Organs of the Government (Power and Functions) 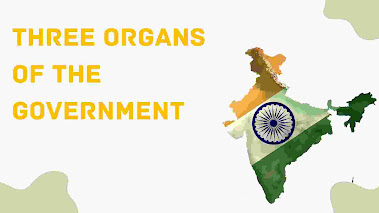 The government plays an important role in running any country. This government runs the country by working with certain rules and regulations.

The Indian government is divided into three parts to handle the administration and functioning of the country.

We call these the “three organs of the government.”
The three organs of government are named as the Legislature, Executive, and Judiciary.
These organs have their own functions and powers.
Let us know about them and their functions in detail.

What Are The Three Organs Of the Government?

The primary function of the legislature is to enact laws.

This part of the government creates and changes the laws and policies for our country.

It is the basis for the functioning of the other two organs of government.

The executive is the organ that implements the laws and policies enacted by the legislature.

It is the administrative head of the government.
The executive is also at two levels; the state and central levels.

At the central level, it includes the president, vice-president, prime minister, cabinet ministers, other ministers, and civil servants.

And at the state level, it includes the chief minister, governor, council of ministers, and officials.

Let us also know some of their functions.

So these were the three organs of the government.

Hopefully, by now you must have come to know very well what their powers and functions are.