Functions of the Stomach in the Digestive System 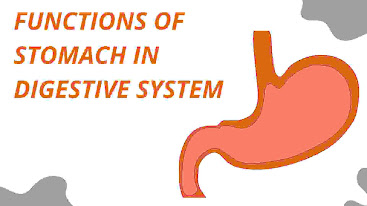 Digestion of food is a very complex process. On the way, food passes through the different digestive organs.

Each organ has special functions. Different chemical changes occur in food in the digestive organs that digest the food at different levels.

In this article, we will learn the functions of the stomach in the digestive system.

The stomach has a j-shaped bag like structure.It is found in the upper abdomen on the left side of your body.

Its size is variable and changes according to the quantity of food in it.

Let’s take a look at the functions of the stomach.

What are the Functions of the Stomach in the Digestive System? (Overview)

Functions of the Stomach in the Digestive System (In detail)

Food passes through the food pipe to the stomach in a form called a bolus, where it is temporarily stored.
Food stays in the stomach for about 4 hours and undergoes chemical and physical changes.

The role of acid in our stomach 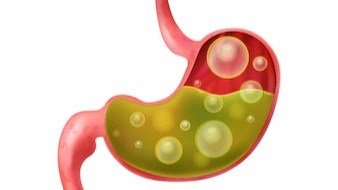 Even before you take your first bite, the brain sends impulses to the stomach and the stomach starts producing acid.
The pH of this hydrochloric acid is nearly 2.
HCl makes the food’s medium acidic.
This HCl kills bacteria that enter our bodies through food.
Hydrochloric acid also helps in the digestion of protein by breaking it into simpler forms.

The stomach cells known as chief cells are responsible for the production of pepsin, an enzyme.

This enzyme digests the protein.

But keep in mind that the pepsin enzyme does not directly digest the protein, but HCl also contributes to this.

The pepsin enzyme converts proteins into peptones, which are the simplest form of protein.

The stomach breaks down and mixes the food.

One of the functions of the stomach is that it breaks the food into fine pieces and mixes it well.
This process helps a lot in the digestion of food.
And as the surface area increases, enzymes are able to do their job better and the food gets absorbed well.

Hopefully, by now you will be clear about what the functions of the stomach are in our digestive system.
I hope you liked this article. Links to other articles related to the human body are given below. You can read them also.
Do not forget to give your opinion in the comments and also share this article. Thanks for reading!

Q1. What is the function of the mucus layer in the stomach?

A. A mucus layer protects your stomach walls from the attack of acid.

Q3. What is the pH of the stomach?