How many cricket stadiums are there in the UAE and Dubai? On hearing the name UAE or Dubai, we think of the tourist places and big buildings of Dubai. Apart from the beautiful tourist places of Dubai, watching live matches in the stadium here is also a great experience. In this article, we will share information about these stadiums.

There are mainly three cricket stadiums in the UAE. 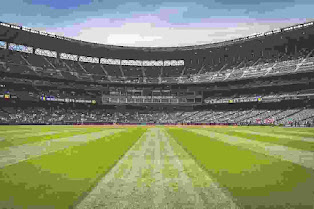 Dubai International Cricket Stadium is a very famous international cricket stadium. This stadium was built in 2009. Its capacity is around 25,000. The first match here took place on April 22, 2009, between Pakistan and Australia. This stadium has hosted more than 20 international matches so far.

Sheikh Zaid Cricket Stadium is an international cricket stadium located in Abu Dhabi. This stadium was built in 2004. On April 18, 2006, the first match was held here between India and Pakistan. Its capacity is around 20,000.

Sharjah Cricket Stadium is an international cricket stadium in the UAE. This stadium was built in 1982. The first match here took place in April 1984 between Pakistan and Sri Lanka. Its capacity is around 16,000.

So in this article, you have come to know how many cricket stadiums there are in UAE and Dubai. Along with the list of these stadiums, you also got to know some important information.

Apart from these three stadiums, there is also an ICC Cricket Academy in Dubai, which was built in 2009. Generally, it is used as an ICC academy. On February 9, 2019, there was a match between Pakistan and the West Indies. Its capacity is around 10,000.

The Mohammad bin Zayed Stadium is the largest stadium in the UAE, with a capacity of around 42,000. At present, it is used as a football ground. Many cricket matches were also hosted in this stadium in the past.

Q_Which is biggest stadium in UAE?

Q_How many cricket stadium in UAE?